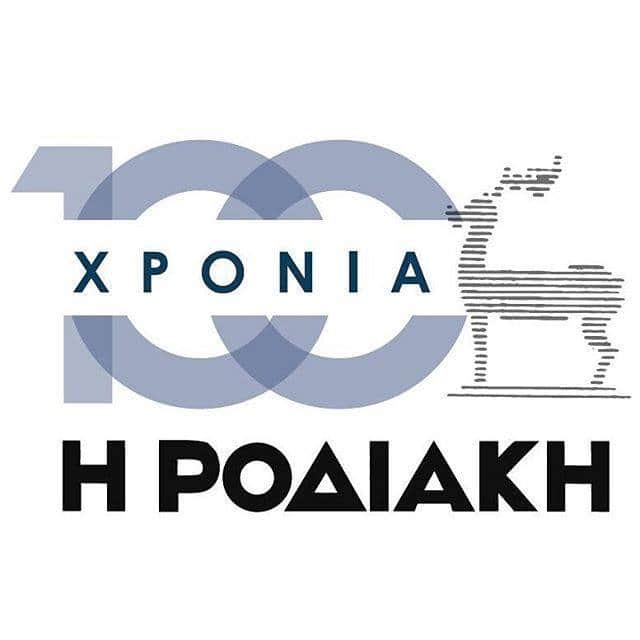 Apollon & Kallipateira were front page news in the Ροδιακή Εφημερίδα – The Rodiaki , the main newspaper of Rhodes. Thank you to our friends at the Rodiaki ! 🇬🇷🌈

With their newborn son, two very good friends of our island, Ben Moorhouse and Gaynor Thompson from England, will come to Rhodes in August, wanting to visit again our place that they love and support so much.
This is the couple who in recent years come every summer to Rhodes and cross the island walking (from Prasonisi to the city), in memory of rugby player Steve Prescott, who passed away in 2013, at the age of just 39 , stricken with stomach cancer.
This time they will bring their two-month-old son with them, so that many of their friends can meet him, and wish them well for his birth. In fact, the little one will be given two ancient Greek names. His parents decided to name him Apollon-Alexandros.

It is worth noting that Gaynor was pregnant again two years ago, but lost her baby girl two weeks before she was born . Thus, their plans were thwarted, that is, to come to Rhodes and baptize their child here, giving her the names Kallipateira (daughter of the Olympian of antiquity Diagoras of Rhodes) and Rodothea!

Ben and Gaynor did not give up. With the help and supervision of a specialized doctor, they had a child again, a very healthy baby boy this time. As his father says in “Rodiaki”, he is a child prodigy who will also become a friend of Rhodes like his parents. The family is preparing its trip to our island, bringing with it the little Apollon-Alexandros , who even obtained a passport the day before yesterday, for his first trip.

It is recalled that the last time Ben and Gaynor had come to Rhodes was in 2018 and in fact he had crossed for the first time alone the distance of 242 km to walk around the full island of Rhodes with day to rest at Prasonisi, without Gaynor is involved in the project, as she was already six months pregnant.

In England this event takes on great proportions and so our destination is advertised by the media. It is noted that a few years ago the vice-governor Giannis Flevaris, immediately after their walk from Prasonisi to Rhodes that took place in one day, honored our English friends who wanted in this way to highlight the anti-cancer fight carried out by the Steve Prescott Foundation ”of their country.

In fact, during the award ceremony, which was also attended by the British Consul Rania Kossioris, Ben and Gaynor were given praise and souvenirs with the deer, the emblem of Rhodes.