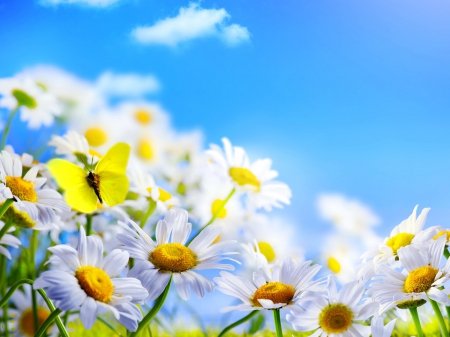 Andrew and Alison contacted The Kallipateira Moorhouse Foundation following the stillbirth of their daughter Daisy.

My name is Andrew and I am a Daddy

Our daughter Daisy died in my partners womb just before our due date. Stillborn is the medical term.

My partner Alison and I were so overjoyed when we found out we were expecting our first child. We never thought we could be as it’s something we never planned we had always said we would be gifted our child when it was right.

When we found we were having a little girl it felt so special for us and we were told everything with our daughter was going great.

Alison felt Daisy move kick and had bad morning sickness but we were not phased as she was worth it all. When I put my hands on Alison to feel the movement it was always a special moment.

A few weeks before our due date Alison felt changes in her movements, we visited our maternity unit who did checks, we had a scan with readings that the sonographer had said were ok and not to worry.

We saw a consultant who assured us that everything was well, our daughter was slightly small but he was not worried as we were nearing our due date.

They booked us in to come back and see the doctor 2 weeks later. We asked was there anything to worry about but told no. You have had a “textbook ” pregnancy and we plan to see you in 2 weeks.

We went away and carried on getting ready for Daisy’s arrival.

Alison finished work and went on maternity as planned and was catching up with jobs at home.

Just before the 2 weeks were up we questioned things again with my partner surrounding movements. And we telephoned the hospital who said call in but was told not to worry.

We sat waiting for a while, and we both were feeling anxious and very tired.

We eventually got called through to have our scan. The midwife said before they would see what scan showed before making any plans with for a possible delivery.

Alison sat on the bed and was scared as I had not felt Daisy move for a while as we had been waiting in the waiting room.

The sonographer stared scanning Alison and then she was quiet. She said she needed to get the doctors. We waited what felt like forever. She returned with the doctor from the previous appointment. He then told us that Daisy had no heartbeat.

I said what are you talking about she was ok this morning. You must be wrong. But he repeated the words.

I looked at Alison who was in complete shock at what we had been told. I was in sheer shock and was shouting as i was hoping they were wrong.

We were moved to another area and a special midwife came.

She explained everything to us. Even though it wasn’t sinking in. We returned a few days later and after a 10-hour labour we met our beautiful daughter Daisey. Who just looked so beautiful and peaceful.

It was just so surreal. She should be crying and making our days beautiful, instead there were just silence and the feelings of hurt. Many thoughts of what if.

We heard during our labour babies crying nearby and the feeling of joy outside our room.

Ours was just a room dull room full of sadness.

We had photos and took prints but we both were not coping hearing other babies so we decided that we needed to cut our time with Daisy and go home.

It was so awful leaving her but what could we do she had died. And been stuck in the hospital was something we could no longer do.

Thinking back, we regret going but we were hurting hearing other joys outside and it wasn’t helpful. These rooms should be away from the joys.

Yes, we were proud Alison had just given birth but it was silent and I had to protect her.

We were given leaflets and left to seek our own support.

Daisy’s death could have been prevented. Our investigation clearly showed this. We decided not to take action for our mental state.

I took to the internet as surely there was help available. We needed to talk to someone.

I searched and came across a story which had been on BBC local news.

A couple had had a stillbirth similar circumstance to ours and had a support group. The founder Ben seemed such a nice man by the way be spoke of his own daughter.

I had contemplated suicide on more than 2 occasions after the news as I already suffered with mental health issues and this was the final blow.

But no one seemed to be interested and didn’t take me seriously as i was already on medication. I contacted the number on the Website of the The Kallipateira Moorhouse Foundation and spoke to Gaynor, who listed to me and I felt a weight had been lifted off my shoulders as someone had actually listened to me and what had happened to me and Alison.

Gaynor put me in touch with Ben and he phoned me that very same night. After a two-hour phone call with Ben I felt I had met my saviour.

Since that phone call Ben and Gaynor have supported us when needed. Ben keeps in constant contact with me . A few months ago, I had a bad spell of mental health and was drinking heavily one evening in the local pub. I was in a very bad state. Alison phoned Ben for help and he came to my rescue.

We would like to say thank you for everything you do for us Ben and Gaynor. Should we contemplate a brother or sister for Daisy we will definitely be getting referred to Professor Heazell in Manchester. Ben and Gaynor have so many good words for these people and have said we must get referred if that time comes and we will.

Father’s Day is only days away and it will be a difficult day and a fight with my mental health. Our families probably won’t even contact us and most of our friends have now distanced themselves from us.

Do I need a day that has this title to know I am a dad ? No i do not. Every day I am Daisy’s Dad but it’s certainly a very difficult day. We will stay at home.

On what will be a hard day on Sunday for Ben too he has even arranged a video call with me to discuss how I am.

Thank you to this wonderful charity who has supported us and Ben – you have saved my life . God Bless you.